Warning: "continue" targeting switch is equivalent to "break". Did you mean to use "continue 2"? in /homepages/22/d480267172/htdocs/wp-content/plugins/siteorigin-panels/inc/styles-admin.php on line 390
 Blog: At Last, I Return… – Junior Varsity Team

Blog: At Last, I Return… 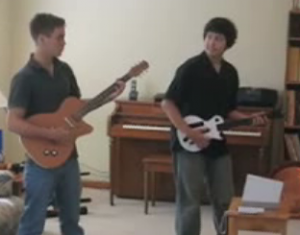 … to the videos, that is. Ha, yes. The site, NintendoBoy.com, is about my videos. However the last time I released a video (Timebomb) was on December 31st, 2007, but I couldn’t get it uploaded online until the first of 2008. Heh, you could say it took a year to do. Or not. Eh, I’m just writing all this on the blog post as it comes to me. I like doing posts this way because I feel like it’s first off, easy reading, and also because I like the updates to have sort of a laid back feel. I think that I somewhat achieve that, no? I mean, you are reading this right now and have made it this far, haha! Uh, so anyway, what was I saying?? Oh right, the videos…!

Yeah, so it’s been up since last Friday, April 11th. It’s gotten over 200 hits on YouTube in less than a week. Not bad for a site which hadn’t released any new content since January 1st this year. Ah well. So, “Troubleshooting”. The first new video since the trilogy. Wow. Haha. You could say that there have been some good improvements. I really had a great time filming with Josh Indech and Andrew Shain. Indech is one of my best buds at school and with band geek stuff, and Shain is also the same, but a bit odd. Ha, he’ll never read that. He’s funny, and his camera and spiffy Mac proved to be an ally whilst making the film. I had originally planned to write a script and make this video an extremely awesome comeback for the site, but eh, to say the least I was lazy. So, I headed over to Shain’s house script-less (but with great plans in my head… haha) to take on this project we’d finally make time for. As you can probably notice, things went really well. Yeah, the video is not perfect, and things could (and probably should) of been changed, but it was an oh-so-satisifying thing for me when completed. After all, this is what this unusually colorful website is all about, right?! So, with that being said… and hopefully seen, what do you think? The video on YouTube has seen some great comments so far, so thanks guys! The video is on the home page until the next video (which I do plan to work on soon) comes, and of course the videos will always have a spot at The Nintendo Boy Project page. There was a thread stated in the forums about a Q&A of the video, so feel free to look at that. And, so uh yeah, I think that’s it. Hey, I needed to make a formal post about the video, but again, a combination of laziness and other-things-to-do-ness kept me from doing it earlier… better late then never, right? :]