Warning: "continue" targeting switch is equivalent to "break". Did you mean to use "continue 2"? in /homepages/22/d480267172/htdocs/wp-content/plugins/siteorigin-panels/inc/styles-admin.php on line 390
 Blog: Bumps In the Road – Junior Varsity Team

Blog: Bumps In the Road 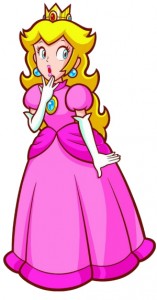 Hello all… yet another blog post. I have taken The Rendezvous offline for the moment. There have been some “unforeseen” problems that affect said Rendezvous. I apologize if you are angered by this, but sadly you are in the minority. -sigh- I have to re-do some things in the game for it to be smoother and easier, and you not having to wait so long to do something, and also so it’s less work for me. So… expect some rather big changes when the game re-opens. I apologize again… and for those who signed up for the Deku Tree Quests… well, that may not exist anymore, but you will still be signed up for a new event, so hang tight. And before you think I’m crazy, I have given some thought into these changes, so don’t think I change things for fun.

Ok, so, on a lighter note, the game room has been flourished with another new game, the classic Donkey Kong. Also, I changed the thumbnail images to give it a consistent size, and plus, it looks prettier. And don’t worry to those of you have embedded them on you own sites, the codes are still intact and should be working flawlessly. You hear that Rysspace? Your awesome new arcade game is fine! Thanks for playing our games!

No, he is not an affiliate (yet…?), but he is a good friend and has linked me before. This post is for you Ryan! Haha, so speaking of other sites, we have had a bunch of more affiliates added to our list. Those sites are Nintendo Guy (no relation… haha), Jickaar (cool name), and iMovieFilmer (this site is owned and operated by our own Andrew Shain, the filmer of our videos).. So go check those out and say hi to those guys… they don’t bite; but no promises with Andrew.

And er, I think that’s it for updates.. for now. I will work on bringing the Rendezvous back online, and uhm… yeah. In the mean time, just head over to the game room! As you can see, new games are finally being added on a regular basis! :]