Warning: "continue" targeting switch is equivalent to "break". Did you mean to use "continue 2"? in /homepages/22/d480267172/htdocs/wp-content/plugins/siteorigin-panels/inc/styles-admin.php on line 390
 nRant: Wii Motion Plus at the Resort – Junior Varsity Team

nRant: Wii Motion Plus at the Resort 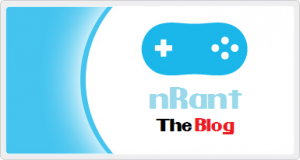 Hey guys, sorry for lack of updates this past week, but I was at band camp! Perhaps more on that later… anyway, here’s a juicy new nRant to take up some of your time you really shouldn’t be wasting… after all school is coming up for many of us soon!

So, the last nRant was about the upcoming E3. Now that that has come and gone, I’m sure you’ve heard by now that it didn’t live up to people’s expectations. Maybe even the worst E3… not sure why really, but I kinda touched the subject on the last post… I wondered what they could pull out from their sleeves, and the answer was, sadly, not much. Of course there were new games announced and etc, and blah blah, but really, not much of ‘breaking news’ really hit. However, we did get new information from the big N, and the biggest news is a new accessory for the Wii remote which will be used with a new installment of Wii Sports. 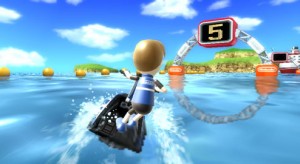 That’s right, you heard correctly. The sequel to the famous Wii Sports game that EVERY Wii Owner has (haha) is Wii Sports Resort. The game takes place at something of a beach resort, where your Mii will engage in more exciting activities. It was announced that there will be 10 games (as opposed to Wii Sports’ 4) which include activities such as frisbee with a Mii dog (?), jet ski, and even some fencing, which is like sword play. Well, now you’re thinking, oh that sounds kinda cool. It gets better. WSR will be the first game to utilize something called Wii Motion Plus. This accessory, which is attached to the bottom of your Wii remote, will allow 1:1 control! Yes, that’s right, 1:1 control. For those of you who don’t know what this is, basically, whatever you do with the remote will be copied exactly on the game in real time. So, imagine this while playing Zelda, and you swing the Wii remote (as the sword) in an awkward way, well, the way Link will swing the sword will be the exact way. Pretty awesome, no? This allows for more precise motion control, hence the name, Motion Plus. 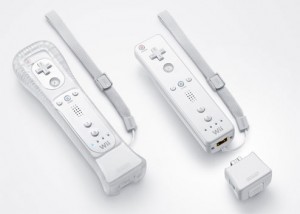 I believe this to be a new step for the Wii, and it’s a nice new addition. This accessory will debut sometime in Spring 2009, and will actually be bundled with Wii Sports Resort for $50. So, there’s some bang for your buck. And as you can see in the picture to the right, the WMP accessory will also come with an extended version of the Wii Remote Jacket to work with WMP. Of course, the next line of games will most likely be using WMP to where they see fit, so shelling out the $50 for WSR and WMP doesn’t sounds like such a bad deal. I mean, wouldn’t you want to obtain the sequel to Wii Sports, the BEST-SELLING GAME THAT EVERY WII OWNER HAS?! Haha. Well, if you don’t like my jokes, you may still enjoy WSR. I’ll be honest and say that I played Wii Sports for maybe a week after I got my Wii, and then… eh. I mean, if I have Zelda, Mario Party, etc., why bother still playing Wii Sports? Of course I may be biased seeing as I’m somewhat of a hard-core gamer and don’t fancy playing Mii Bowling too much, but the game is really perfect for anyone, and especially those who have really never even touched a gaming console.

So, what do you think? Are you gonna pick up this newest peripheral from Nintendo

At $50, it may be a bit pricy for just another simple game to use your Miis, but it may be little time just before every game is using the 1:1 motion feature of this new device, and you will be soon succumbed to join in on the latest craze.