Warning: "continue" targeting switch is equivalent to "break". Did you mean to use "continue 2"? in /homepages/22/d480267172/htdocs/wp-content/plugins/siteorigin-panels/inc/styles-admin.php on line 390
 Blog: hallelujah – Junior Varsity Team 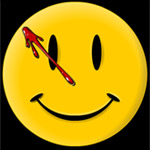 NIntendoboy and Jinx have had many meetings conferences brainstorm meetings and such our brains have run away fror a vacation. I do not have very much of an idea of what exactly it will be about but we are finally going to film the next video. We are actually writing a script, introducing plot (maybe), and introducing new characters! Do not look for it this weekend cause that is when we will be working on it but keep an eye out for it this next week. On top of that we have our new comics by Eizell. Thats all i have time to say this coming week should be full of fun and laughs. Have a great weekend!

Because of weather, plagarists, writer’s block, and lack of funds the internetdinosaur site will be going under serious reconstructions and reinforcement and there willl not be a new video, comic or any update for that matter. F*#! you Clear Vision Comics and “the-most-awkward-website-name-to remember-ever-because-of-length“. I censor myself for the kids. :3